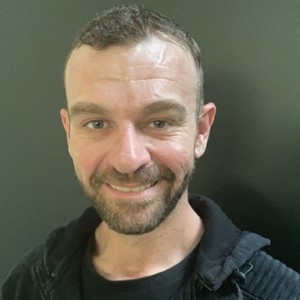 Chris is in with a fighting chance!

Chris was born and raised in Tamworth, NSW by his single mother. Chris’ grandfather, who assisted in raising him was a huge influence in his early life.

Sadly Chris’ grandfather passed away with prostate cancer at age 77.

This loss left Chris devastated. He became a disruptive child who had difficulty in finding focus. Chris was introduced to boxing/muay Thai by his older brother John. This fighting art kept Chris focused and on the right path.

Chris is now a family man with four children who has just fulfilled his dream of opening his own boxing and muay Thai gym in the hope of helping other kids/adults gain confidence, resilience and focus as well as improve health and wellbeing in a warm and welcoming environment.

Chris has always been passionate about helping and uplifting others, a trait that was instilled in him by his late grandfather.

When the opportunity arose to be on Stars of Dubbo, Chris saw this as a great way to pay tribute not only to his late grandfather but also to his mother in law who is a cancer survivor, all while bringing awareness and raising money for other people affected by cancer.

I want to see the signature air keyboard in the routine 👌🏾

Good luck and show them your dance moves