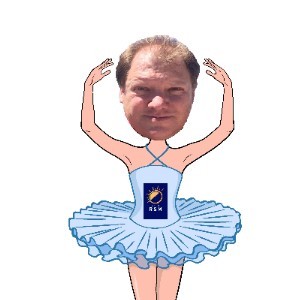 My name is Neale Genge and I live in Casino with my awesome wife Marie, and our three wonderful teenage children.

As my family has lived in the Richmond Valley for less than 5 generations I’m not classed as a local yet, but I have been here for 7+ years after moving with the family from Newcastle.

For the past 7+ years I have been General Manager of the Casino RSM Club.  As the leading community organisation in the Richmond Valley the Club plays a central role in supporting the local community and community events.  As such I have been honoured to be involved in, and support a wide range of community events and am looking forward to representing the RSM Club in Stars of Casino.

While I could never claim to have been a professional dancer I have enjoyed an extensive amateur career dancing the bars and table tops of Sydney, the UK and the Powerhouse in Lismore.  In 2000 I took out the Reef Casino Dirty Dancing competition, winning the grand prize of a Long Island Ice Tea, while in 2012 I won “Sexiest Man in the Gong” at the Towradgi Beach Hotel, Miss Summer Bright contest.  While these titles are not officially recognised in the dance world, I have also had the honour of performing in front of the Prince of Wales………hotel.

My dance style could be described as a mix of Fred Astaire. Midnight Oil’s Peter Garrett having a fit and a drunken elephant on roller skates.

When not at the RSM Club I can be found occasionally gracing the footy fields as a Rugby League Referee, helping out as a Scout Leader with 2nd Casino Scout Group or chasing sheep, alpacas and dogs around our property.

I would encourage everyone to get behind the Stars of Casino and give them your support as we raise funds for a very worthy cause.

You area good scout and we wish you all the best Neale.

Go for it Hawkeye, but as I cant be there need to see video of the dance!!

I have to see this!