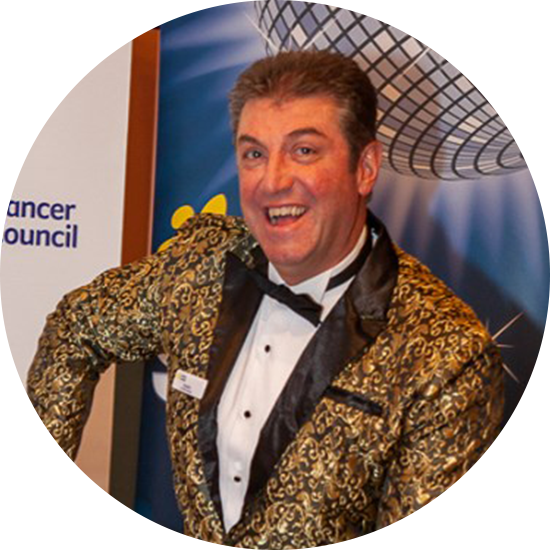 When I was asked if I would compete in the first Stars of Orange in 2015, I didn’t think twice. My mother-in-law passed away 12 years ago from cancer and I have a passion for the work Cancer Council NSW does. My daughter Steph is a dance teacher and was my mentor for the competition, which was fantastic – I was a total diva! There were so many dance rehearsals and I can’t tell you the amount of sleepless nights I had –I’d wake up, go downstairs and practice the steps, then sneak back into bed.

The amount of people who wanted to support my fundraising was overwhelming. That year, Steph and I were the highest fundraisers. That is something I will cherish for the rest of my life – being able to get up and dance with my daughter.

It just keeps growing! Since 2015, I’ve been a judge for Stars of Bathurst and a master of ceremonies for Stars of Orange every year. I love being the MC – I like being part of the work that Cancer Council NSW does, and I have huge admiration for the local community who time and time again shows their support for this event.

Steph was diagnosed with brain cancer last year. It’s been a tough journey. This year, 11 of my daughter’s close friends competed in Stars of Orange in Steph’s honour, and she came out on stage with them. To see her friends rally around her was absolutely unbelievable.

I was the MC of the Orange Relay For Life this year too. The Hope Ceremony was one of the hardest things I’ve done but it meant so much to our family – it was a very emotional and heart-warming experience.