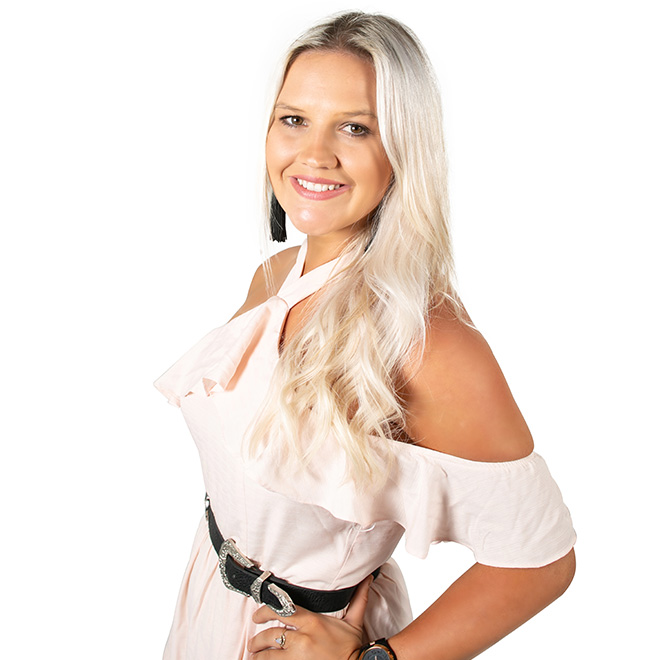 Alexa is a 24 year old Singer/Dancer from the Central Coast and has been trained in Performing Arts since the age of 3. Through her year studying at the Mcdonald College of Performing Arts she was chosen to represent her country at the International Dance Festival in Tianjin, China. After completing High School, Alexa Graduated with a Cert IV in Performing Arts at one of Australia's most well known Performing Arts schools in Sydney and shortly after graduating received a position as a Singer/Dancer with the Norwegian Cruise line where she travelled around Europe Entertaining on Cruise ships.

After returning home Alexa was then offered a job as lead Vocalist in a band and moved to Malaysia to sing in a very well known nightclub in Penang. It was after returning home that she found her true passion for teaching and is now currently owning her own Performing Arts Studio on the coast “FLEX Dance Studios”.

Alexa is so excited to be sharing her passion with us for such a great cause!

Alexa and her stars have taken out the titles of the 2017 and 2019 Stars of the Central Coast! 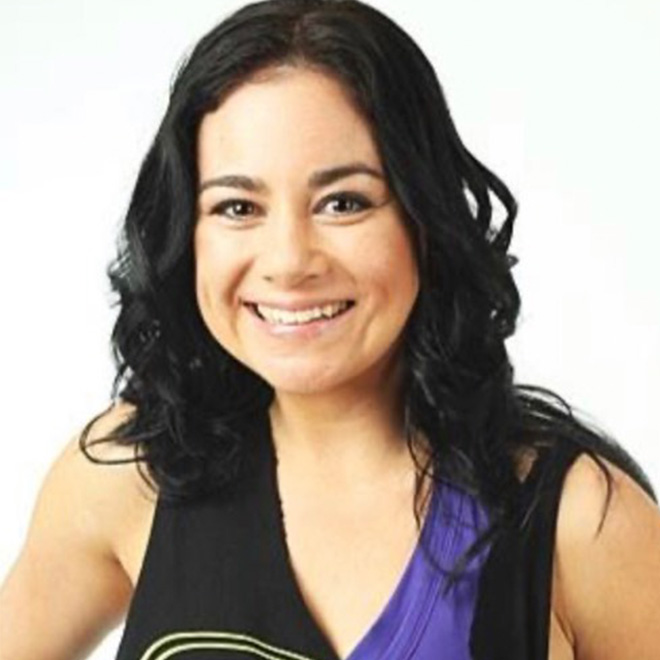 Kim started dance classes at the age of 7 and has studied many forms of dance and has choreographed and performed on the stage of the Laycock Theatre throughout her time at school and was selected and danced at state level during her high school years and has carried through with her passion for dance by teaching dance fitness through many gyms over the past decade. Kim works in the Aged Care Industry by day and is a Dance Fitness Instructor by night. Kim is also a proud Mum of two little ones and her Daughter featured the 2019 Stars of the Central Coast show as Dr Apsara Windsor’s mini me as a hip hop dancer. Having lost her Grandfather to cancer and is currently supporting her best friend through cancer, Kim is very passionate about contributing to such a wonderful cause. Kim looks forward to returning to the stage and being a part of Stars of the Central Coast.

Kim will be partnered with Mick Morely for a Disco routine 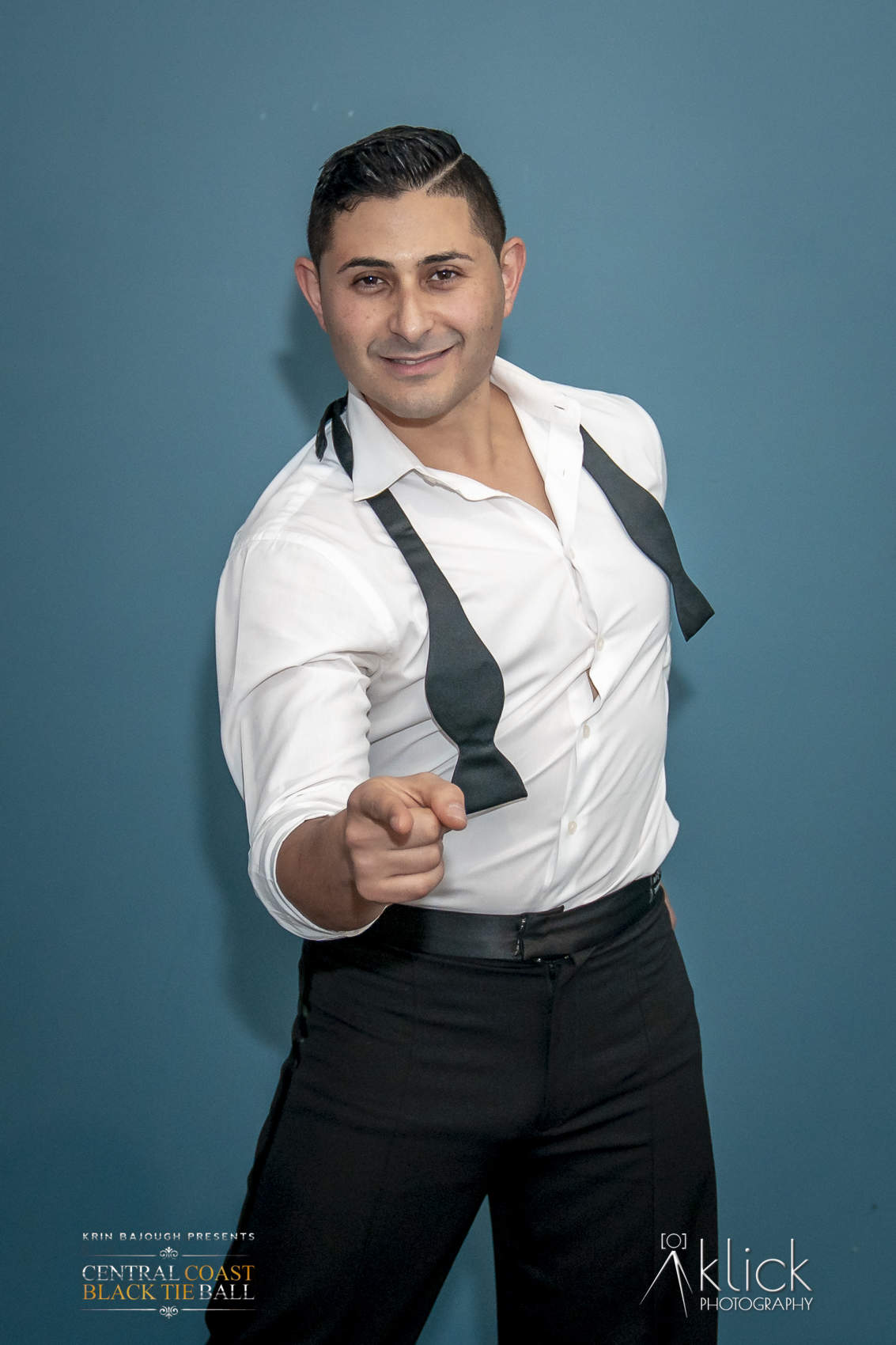 Krin is the founder and director of Central Coast Dance, the largest Latin Dance school in the Central Coast. As a 5 time Australian Salsa Champion, and the only Australian ever to be selected to represent Australia in two divisions at the World Salsa Championships: ‘Couples On2’ and ‘Teams’, he has travelled worldwide competing, teaching and performing in such events as: The World’s Salsa Open Puerto Rico, World Salsa Championships Las Vegas, The West Coast Salsa Congress Los Angeles, Hong Kong, Singapore, Malaysia, New Zealand. Nationally, Krin has taught in all of Australia's Major capitals and over the years has developed a very unique and graceful style of dance. This has earned him a reputation as an elegant and sensual stylist with the ability to consistently inspire others to dance at their best.

Krin will be dancing SALSA with Meg 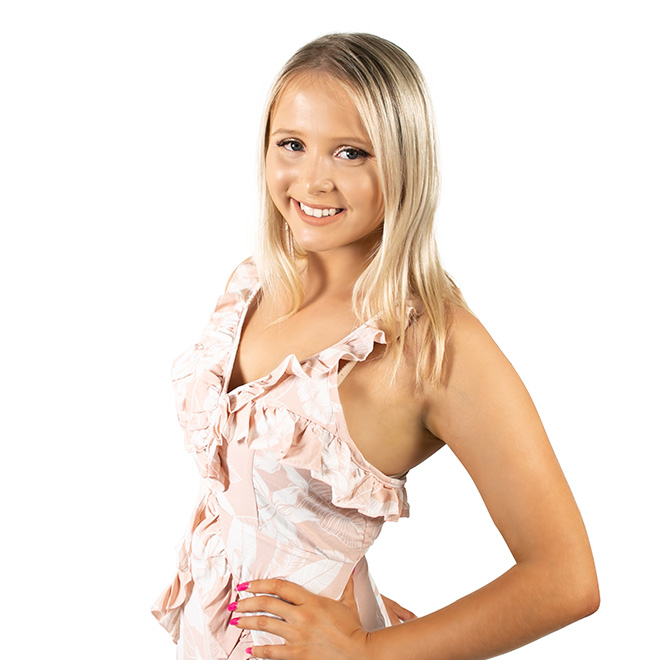 Mariah Sumner has been a passionate dancer for almost 18 years and an even more dedicated teacher. Mariah has recently opened her own dance company right here on the Central Coast SASS Dance Company.

Mariah wants her dance company to be a place that all dancers can come to not only dance but to embrace their confidence and their own sass.

As well as teaching and running her own company, Mariah works as a Dance educator through NSW primary schools and is a performing arts teacher at the McDonald College in Sydney. Mariah is super excited to once again be a dancer for Stars of the Central Coast and is very honoured to be taking part in something that raises money for such an amazing cause. 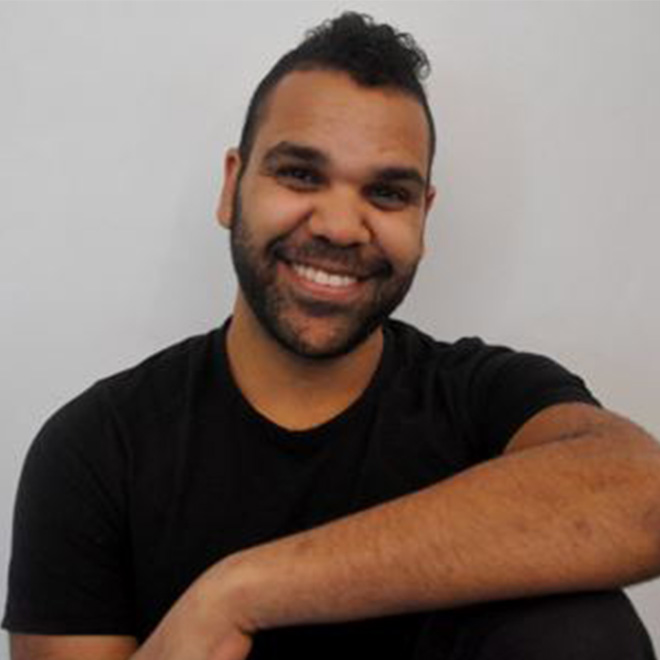 Neville Williams-Boney is a proud Wiradjuri man from Wagga Wagga New South Wales. Neville has pursued his love of performing since the age of 15. He is a recent Graduate of NAISDA Dance College and has rekindled a love for his culture and teaching others. Neville Is an Independent First Nations Artist based in Sydney. Neville’s main dancing styles are Contemporary Dance, Contemporary Indigenous Dance and Musical Theatre. He has recently co created his own physical theatre piece here on the central coast, Brutal, with Youth on the Central Coast. He has also performed professionally in Dance Massive with Karul Projects. He has performed in many GMS productions and he has taught many students Dance and his culture all over Australia.

Neville will be partnered with Steve Allan for his Indigenous Dance routine. 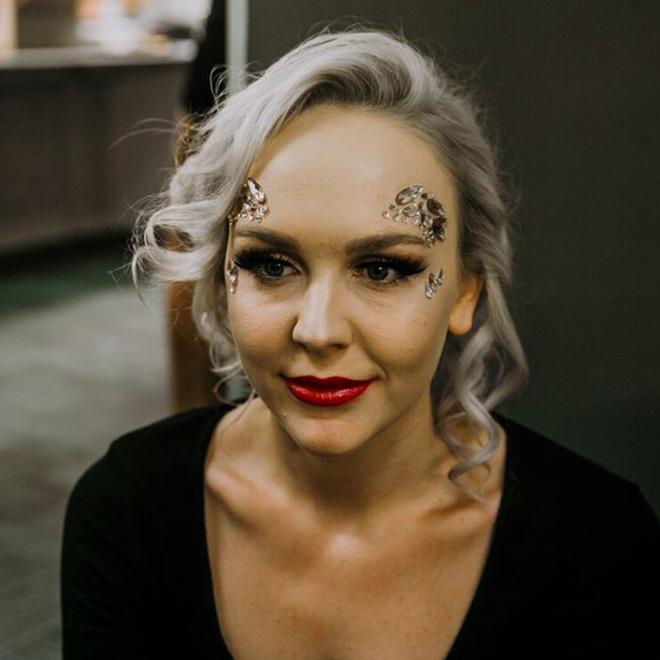 Nicole was introduced to the entertainment industry from a very young age, with her parents running a performing arts school she studied dancing and singing early. She performed in various shows across Sydney and the central coast. In recent years Nicole has toured with a family show, teaches dance fitness and is a successful hair dresser and all round entertainer. Nicole became a part of the Stars of the Central Coast team last year partnering Peter Steele with a sizzling salsa. She is excited to be a part of the team again this year as dancing is a huge passion and love of hers. 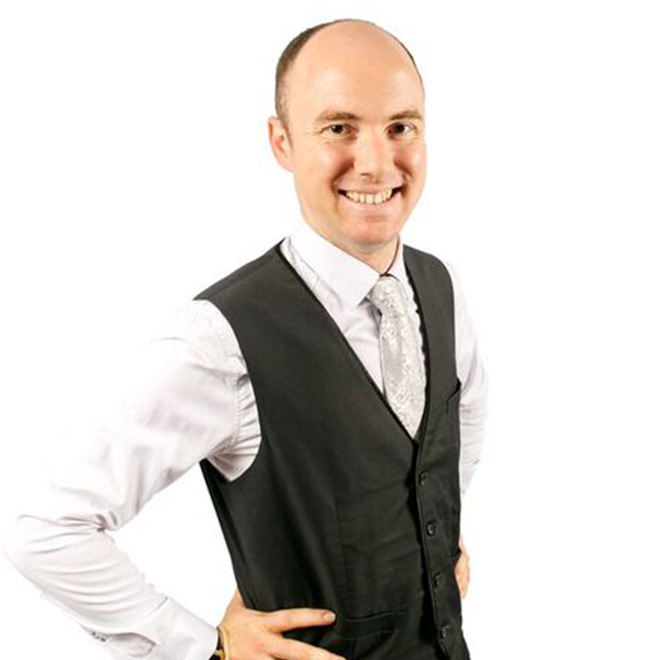 Scott moved to Perth to acquire his BA in Music Theatre at the prestigious Western Australian Academy of Performing Arts (WAAPA) in 2005. Scott has performed in highly acclaimed musicals and operas with Opera Australia and Gordon Frost including Les Miserables, Witches of Eastwick, Little Shop of Horrors, The Secret Garden, Chess and La Boheme to name but a few.

2012 saw the expansion of Scott and Nikki’s business as they opened a new dance studio in Erina on the Central coast in January. The new studio has taken the central coast by storm, and is now the home to more than 400 students- learning all the skills to performing as well as the opportunity to gain nationally recognized qualifications (cert I, II, III) in dance and dance teaching whilst attending normal classes.

Scott is very excited to be given the opportunity to work with such an amazing group of people on and off the stage and can’t wait to see the final product of everyone’s hard work and passion.

Scott & Nikki Webster have been amazing supporters of Stars of the Central Coast since its very first year and we love having them as part of our dance family! 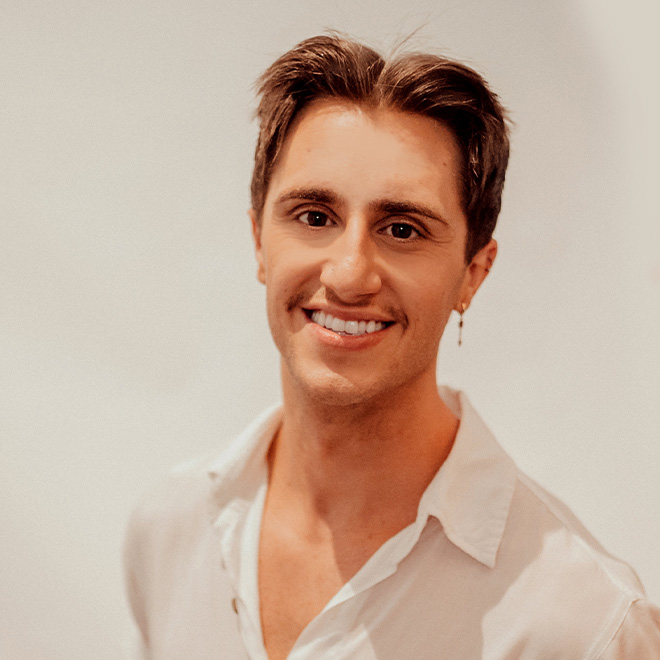 Xander Cross has been performing since the age of 7. Xander began performing professionally in 2013 in the USA WITH “Celtic Fyre” at the award-winning theme park Busch Gardens. He then toured as the Lead Dancer in GFD promotions Dance Masters across Europe, and soon after relocated to Mallorca, Spain to be Lead Soloist in the World Famous, Son Amar. In 2014, Xander was cast in the dance phenomenon Riverdance. He has since toured with the company throughout China, Ireland, Macau, USA and Canada. He has also appeared in the Australia Television series Dance Academy. He has been dancing with the Irish dance production Eireborne since 2015 and has just returned from Zurich, Switzerland on their first European tour. 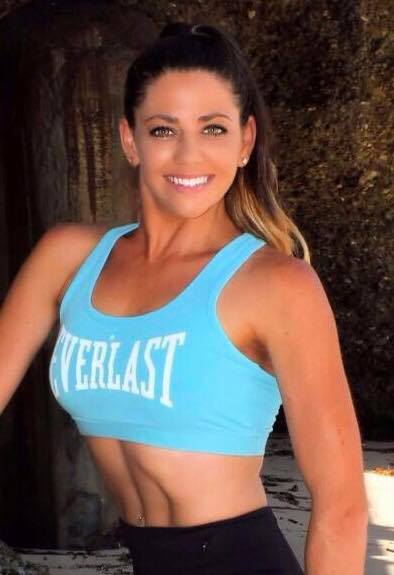 This is Heidi. Heidi begins dancing at the age of 4. She has been dancing and singing over the past 25 years and has studied in all genres of dance. In this time her passion for the performing arts has only grown. She had commenced her teacher training within a local dance school here on the central coast at the same time successfully completed her HSC in dance and singing. Throughout her school years, she also took part to dance within the opening and closing ceremony of the Sydney Olympics. Since this time Heidi has been training and traveling to further her knowledge and experience. She taught dance for various age groups, has danced locally & internationally for various productions and is also a certified Zumba instructor and personal trainer. She is now a mother of a darling little boy and is currently working as a trainer at F45 whilst building her own dance and fitness business. With losing grandparents, family members and close friends to many forms of cancer this is something that lies very close to Heidi. There would be no greater privilege than to support such an inspiring & heartfelt cause. Heidi is extremely excited to return back to the stage at Laycock Street Theatre where she danced many years ago.

Heidi will be dancing an 80’s routine with Ben Bradley.