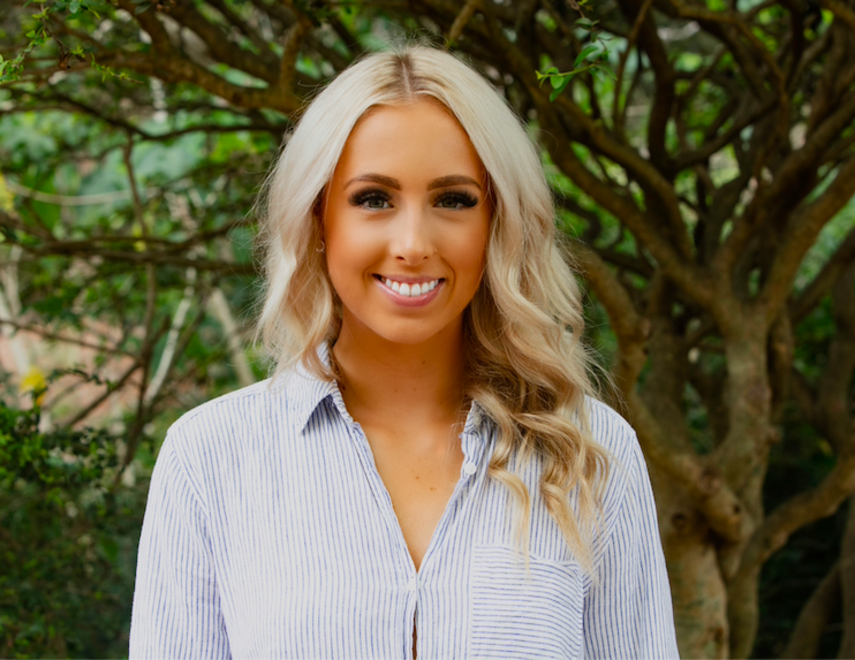 Darcie is an energetic performer who has trained in styles of jazz, tap, lyrical, contemporary, hip hop, and ballet over the past 16 years. Darcie has most recently been an NRL Cheerleader for the past four years at the St George Illawarra dragons and Cronulla sharks.

When Darcie is not dancing, she can be found at the gym or planning her next holiday.

Darcie first begun performing at the Dance for cancer in 2018 and brings to the stage many spectacular surprises for the audience.

2022 is the fourth year Darcie has been a dancer at the Stars of Wollongong event. 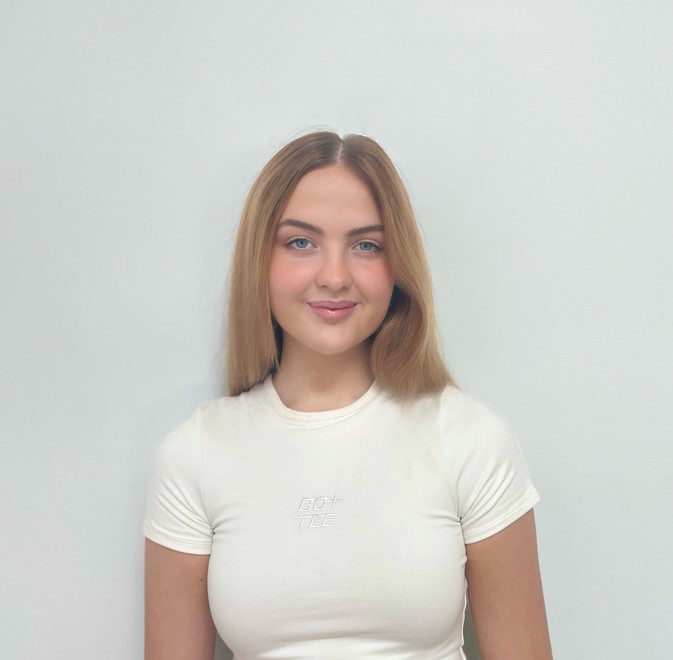 Talia began her dance tuition at Kazzajazz at the age of 3, competing in many jazz, tap and hip hop competitions around the state over the last 15 years. She has enjoyed performing at Disneyland and Disney California Adventure Park, and Dreamworld and White Water World on the Gold Coast.

When she's not dancing Talia is studiously completing her third year of a Bachelor of Law at the University of Wollongong.

Talia is thrilled to be apart of this event for a third year and to join the amazing line-up of dancers partnering this years stars to raise much needed funds for Cancer Council NSW. 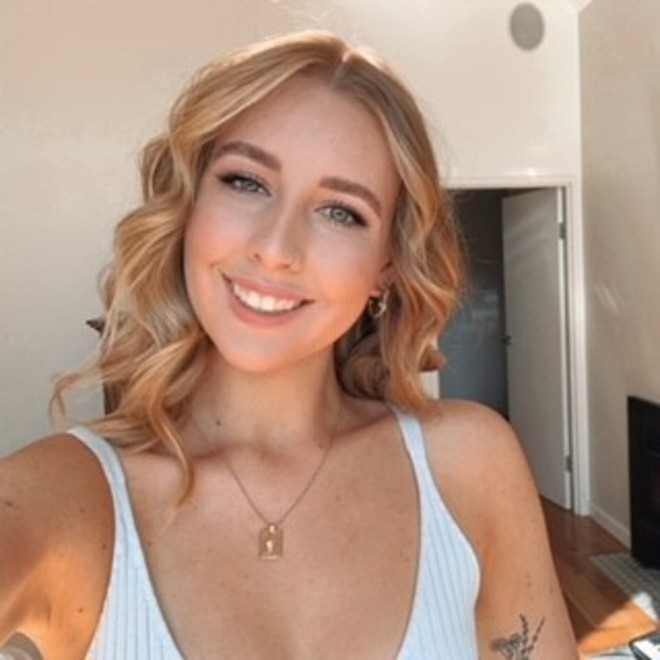 Phoebe has been dancing for 13 years and as a student of Kazzajazz Modern Dance Studio, trained in many dance styles.

Throughout her years of training, she competed in countless Eisteddfods and Dance Challenges and also had the opportunity to attend workshops and auditions taken by some of the world’s leading choreographers.

In 2018 Phoebe travelled to the USA to perform at Disneyland and Universal Studios in Hollywood.

2022 marks Phoebe’s fourth year as a Dancer for Wollongong’s Dance for Cancer and she jumped at the opportunity to help the Illawarra Community once again. 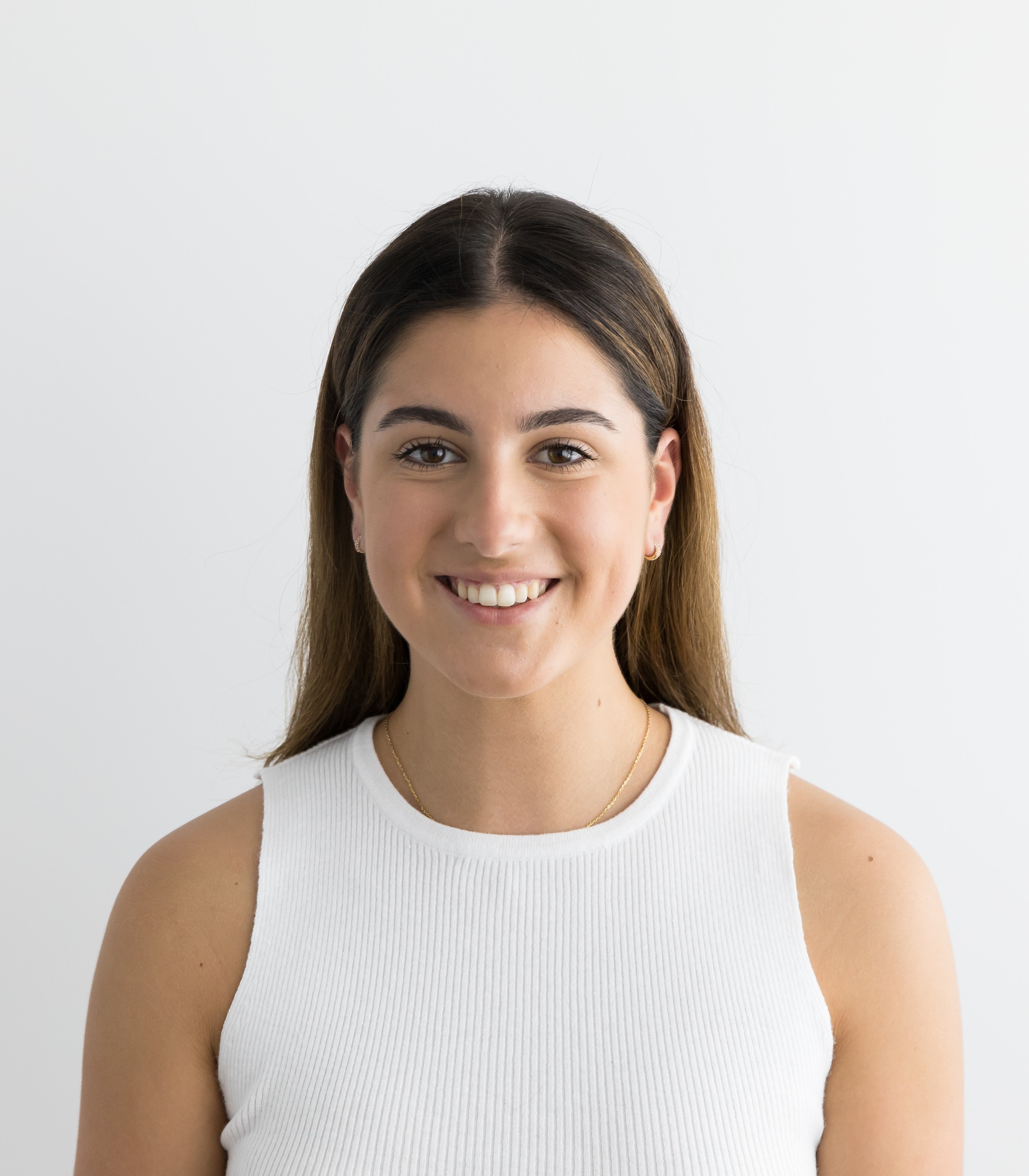 Samayah began her dance journey at 3 years of age & has continued to grow as a dancer & performer. She has trained in all dance genre’s including Classical Ballet, Jazz, Hip Hop, Modern, Contemporary, Demi & National Character.

One of Samayah’s greatest achievements was being accepted into the Australian Ballet Schools prestigious Interstate Program from 2013-2016. To further enhance her skills, she has participated in dance workshops with renowned choreographers & dance teachers from all over the world! She had the pleasure of taking classes & workshops at Millenium Dance Complex & The Edge in Los Angeles & Alvin Alley & Broadway Dance Centre in New York.

Samayah has performed at Universal Studios in Hollywood & at Disneyland in the USA.

She can’t wait to take the stage for the Stars of Wollongong Dance for Cancer tonight for the second time this year & is honoured to partner her Star! 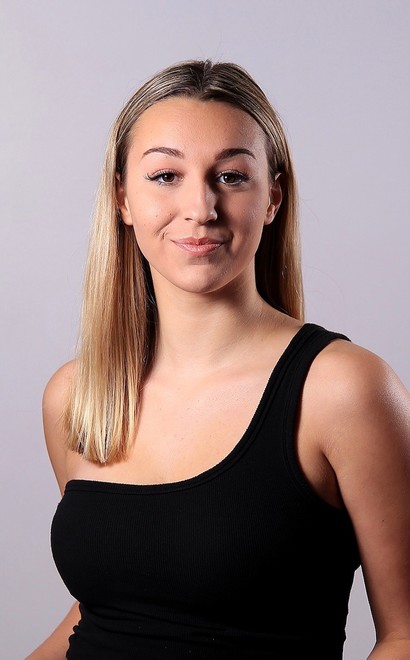 Tahlia is one of Wollongong’s young aspiring Dancer’s. In 2019 Tahlia won a coveted position at the Joffrey Ballets New York Summer Intensive for Jazz & Contemporary Dance & appeared On Broadway in their NYC “Joffrey Spectrum Showcase”!

Tahlia is thrilled to be a part of Stars of Wollongong Dance for Cancer for the second year in a row & always happy to give to such a worthy cause. 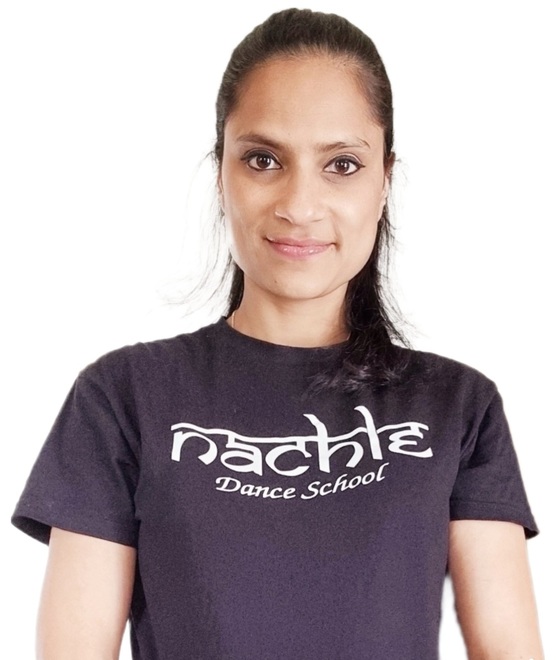 Dr Vidiya Ramachandran is the co-founder of Nachle Dance School and the school's Wollongong Branch Director. Vidiya received a Master of Science (Biotechnology) and a PhD from the University of Wollongong.

A scientist by profession at NSW Health Pathology, Vidiya's passion has been dancing, and she loves performing and teaching this art form. Her dance training began at the young age of 4, learning the classical Indian dance—Bharathanatyam, under guru Mrs Shivananthy Haridharshan. With her commitment to passing on her knowledge, skills, and cultural heritage, she began dance classes for the Wollongong Indian community, which paved the way to launch Nachle Dance School in 2012.

Vidiya is a committee member of the Indian Australian Cultural Association of Illawarra (IACAII), and the treasurer for the Asian International Students of Australia (AISA). 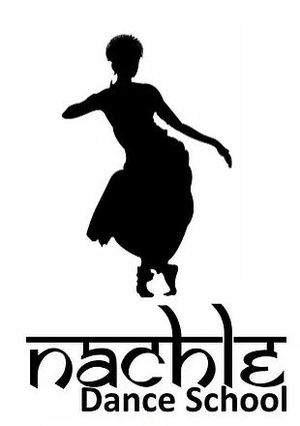 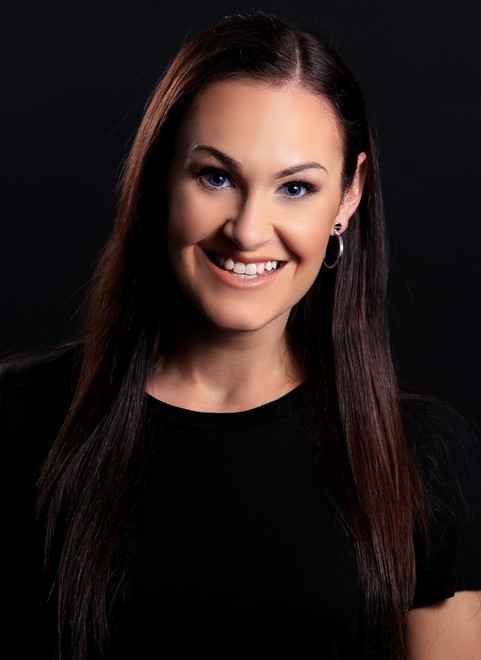 Teagan is well-known in the Illawarra dance community as director and founder of The Dance Affinity and choreographer of community theatre group So Popera Productions.

In 2020 Teagan was honoured to be awarded the Illawarra Women In Business 'Young Business Woman of the Year' as well as runner up in the Best Small Business category.

Along with teaching, choreographing, and managing her business, Teagan can be seen performing in musical theatre productions and this April is representing Australia with her team at The Dance World Championships in Florida, USA.

This will be Teagan's fourth time participating in the STARS of Wollongong event and she is excited to share her love of dance for a great cause. 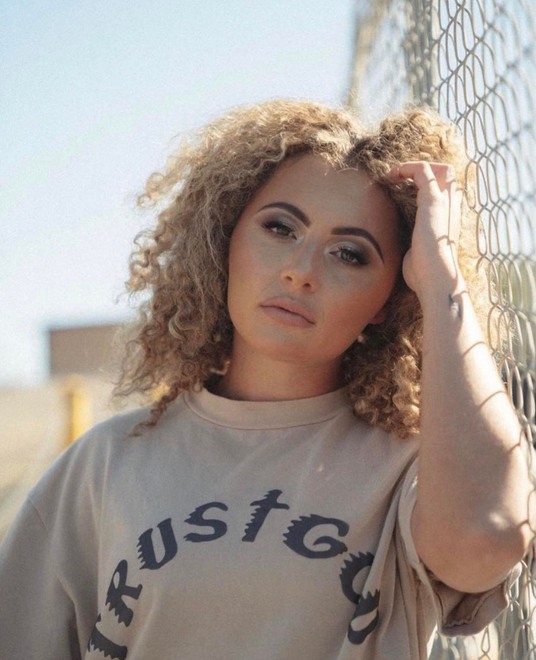 Sally started her dance journey at the age of 6 years old. Growing up she spent many of her years dancing locally in Wollongong at Kazzajazz then heading up to Village Nation in Sydney for full time study, she has spent lots of time performing and teaching and in most recent years has branched off into opening her own fitness and health coaching studio called SB Movement.

Within this business she coaches fitness, mindset and workshops with young dancers helping them with their wellbeing and overall health for the industry.

Sally has been involved in Stars of Wollongong since the beginning- thank you for your ongoing support Sally! 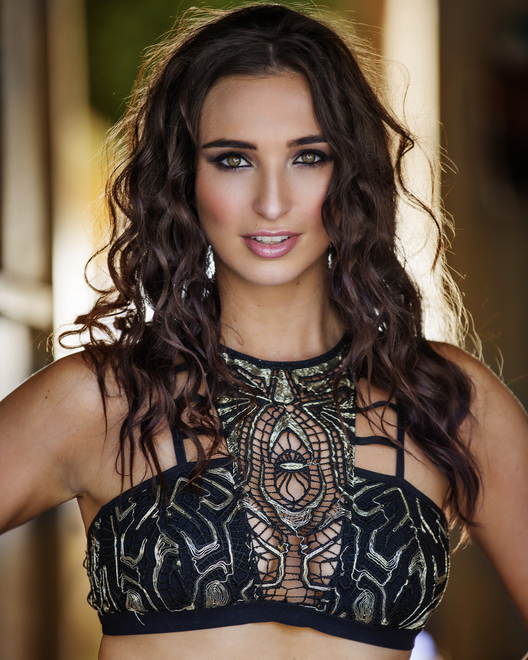 Rebecca has been dancing for 13 years doing many Musicals and shows, she has also danced for the NRL St George Illawarra Dragons and the NBL Illawarra Hawks. Rebecca is currently teaching dance at Dance World Studio in Wollongong and she is also the manager of F45 Wollongong where she gets to share her love for fitness with clients each day.

This is her 5th year being involved in Stars of Wollongong and loves being a part of this amazing event each year. 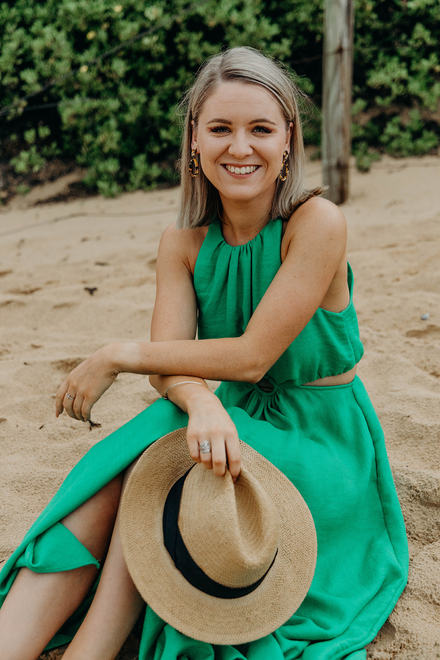 Lacinda began dancing at the age of 3 and trained under the guidance of Lisa Bowmer & Angelique Barry at Dance Kinetic School of Performing Arts.

Her love for the arts only grew stronger - seeing her undertake an Advanced Diploma in Performing Arts in 2016-2017 at the prestigious full time course - ED5 International - where she trained for 2 years.

Once graduating at the age of 21 - Lacinda was offered a contract to work at Universal Studios Japan for 13 months as a Singer / Dancer.

When completed - she moved on then to work for Regent Seven Seas on a cruise for 8 months where she was lucky enough to explore the Mediterranean!

Before COVID came about - Lacinda was working as a Super Swing at a brand new theme park in Malaysia that was to be opened in late 2020.

Lacinda now resides back in the Sutherland Shire and is safe and happy to be working at 2 local dance studios, Dance Kinetic Menai & Petite B Dance Studio Rockdale, alongside being a Sales Associate at Ressler Property and Circuit Coach at Curves Gym in Sutherland!

Since returning home - Lacinda has endeavoured to still perform and therefore created her very own Cabaret Shows ‘Songs of Change’ & 'Audley Carols' which she performed to a sold out audience in late September & December 2020 & then again in May 2021. She recently produced another Cabaret, 'Songs from a Sunburnt Country' in April which was a sell out.

When not performing - Lacinda finds herself passionate about social justice - being awarded Sutherland Shire Young Citizen of the Year 2014 and NSW Sydney South Student Volunteer of Year 2015 for her work with World Vision. 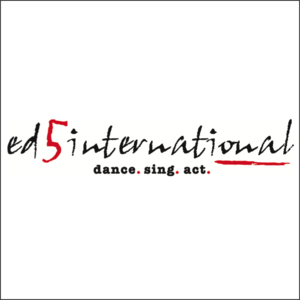 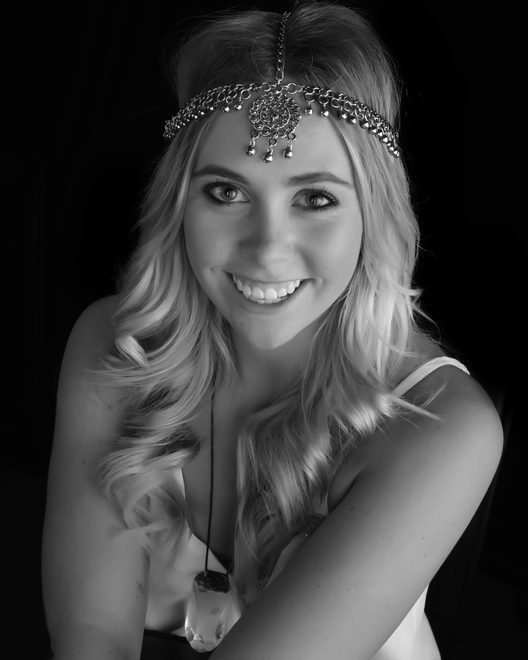 Maddi, 27, began her professional career as a performer at the age of 18 and has since performed in theatres and stages across the globe.

Beginning her career as a Professional dancer, Maddi worked onboard various cruise ship?companies where she performed as a dancer, aerialist, acrobat, singer and magicians?assistant.

Working alongside the infamous Stephen Swartz, Maddi performed?as a skeleton cast in his newest musical "magic to do" Onboard the Emerald Princess. She also worked in land based shows inspired by Moulin Rouge, Lido Paris, Crazy Horse and Cirque Du Soliel.

Maddi retired her professional career and has since found a love for primary teaching and firefighting. She keeps up her love for the arts by teaching dance and drama at local Wollongong studios. 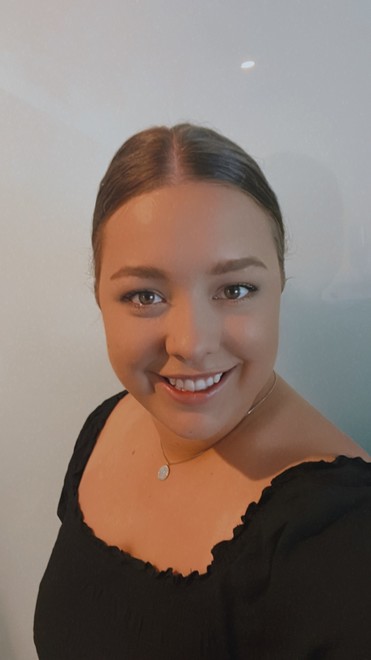 Growing up, Kelsey had a passion for teaching and has been a KJ dance teacher for the past 12 years. During her dance carer, Kelsey was involved in a number of local community dance projects including Southern Stars, Rock Eisteddfod and community theatre productions. Kelsey has proudly supported Dance for Cancer for the past 5 years. 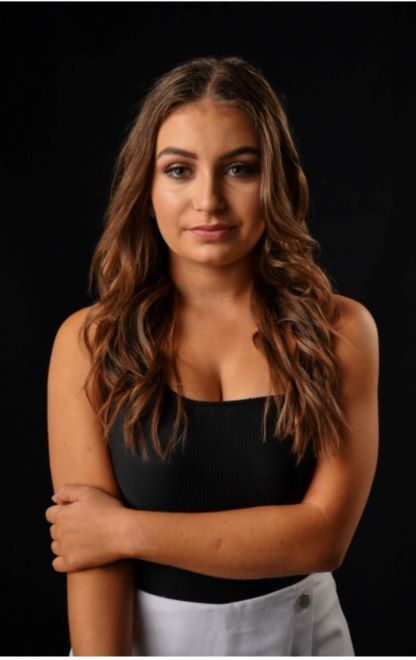 She has trained in all dance styles with KJ Dance before relocating to complete her training in Queensland. Her career has led her to perform in a variety of musical theatre shows including; 42nd Street, Phantom of the Opera and Carrie the Musical. She also got the opportunity to perform at Disneyland Orlando in 2018.

Zali continues to dance professionally, as well as currently teaches dance at Adrenaline Academy of the Arts in Unanderra and is also a Registered Nurse at The Wollongong Hospital.

Zali is thrilled to be a part of the Stars of Wollongong Dance for Cancer event and cannot wait to dance for such a great cause. 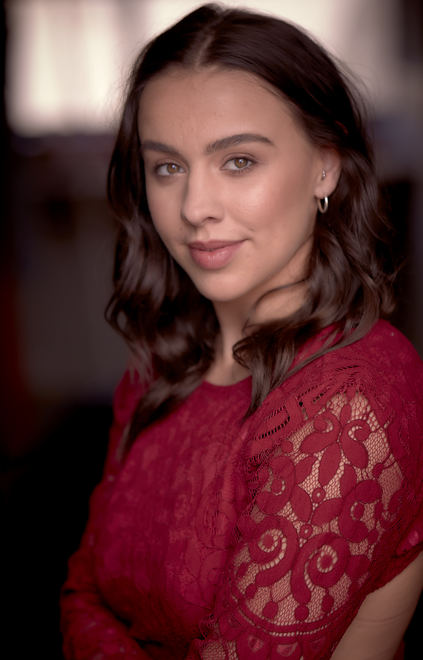 Kirralee has had a love for performing arts since the age of 3. Now more than 20 years down the track, Kirralee has trained in many genres including Jazz, Ballet, Hiphop, Tap, Musical Theatre, Contemporary and Lyrical.

Kirralee completed her Advanced Diploma in Performing Arts in 2018 at ED5 International which helped transform her passion into a career, learning how to become a professional in the performing arts industry.

Kirralee has gained professional experience performing at events including Afterpay, Arnotts Gala Ball, Carols In The Domain as well as backup dancing with artists including Marcia Hines, Paulini, Todd Mckenney and Minnie Cooper.

Dancing isn’t the only way Kirralee likes to stay fit and healthy. Kirralee is also passionate about fitness and strength training. She has completed her Cert IV in Fitness & Personal Training and has been working as a personal trainer for 1 year now.

Kirralee is most recently one of the new proud co-owners of The Bloc Dance Academy, where her and her business partner Chloe are thriving on creating a supportive environment for all children to freely express themselves whilst sharing their passion for dance with like-minded people. At The Bloc Dance Academy Kirralee encourages inclusivity, kindness and positivity in her classes, empowering the younger generation of creative artists.